Help Our Team & All Ukrainians to Protect Own Home. No War in UkraineDonate
Online Backup

Getting Into Data Backup Software

Backing up your data whether its company or personal is the smart thing to do in times like these, not only are there virtual criminals out there in the world trying to steal your personal information, but there are a plethora of viruses that could inflict themselves upon your computer at any given moment! Although many people don’t practice the art of backing up data that doesn’t me you shouldn’t, that is if you want to keep everything you hold so dearly to your heart (virtual files and pictures, stuff like that).

Data backup software is available on the market for these particular situations, nobody likes to start over when it comes to rebuilding their massive mountain of important documents and files with a new computer. These programs allow you to maintain any important files or information that happen to be stored on your computer at the time of a crash.

Even though you’re losing your PC you’ve grown to love that doesn’t mean you have to lose your files, and these programs are just another step in the right direction moving towards the future. If you want to talk about the best possible backup software available to you than you’re going to want one that’s simple (but effective in its own right). If you aren’t able to use the program and properly set it up yourself you can’t expect to be very successful throughout the process.

The restoration properties of these programs are immense, it’s almost like you have magic at the tip of your fingers. You have the ability to restore files without the physical storage unit in working shape, there are also other neat features like automatic backups and regular maintenance checks to keep you alert.

There are tons of different software options out there on the market (as there is with any competitive niche), so it might be hard to spot which particular program you want to use for yourself; this is where we come in. We’ve compiled a list of the most relevant and effective data backup software attributes you want to look for, it’s up to you to go through the variables and choose which one is the “king of them all”. Some of the more common ones would be NovaBACKUP, Acronis Backup for PC and Acronis True Image.

What Should I Be Looking for?

The fact of the matter is that you have to know what you’re getting into when it comes to these programs, if you pick one that you aren’t going to work well with than you’ve already lost a step.

You want one that is easy to use but isn’t lacking in certain features, things to look for would be different types of backups (full, incremental, differential, etc), or even an image backup in severe cases where you need a large amount of data copied for safekeeping.

Not only that but programs that allow you to pinpoint specific files to keep is a great feature as well.

The whole point of these programs is to backup any files you may deem necessary of saving, so if the program you go with doesn’t even do a great job of that than you clearly didn’t make the right choice!

We’ve already talked about the different types of backups available to you, but we haven’t gone into online data backups. Most of the time you’re going to be paying extra for these services and in some cases more for support, but if you’re the kind of person who likes to keep things as virtual as possible than this would be a great choice.

The best programs and software that you can backup your data with are going to have some sort of encryption or passcode necessary to access the files, this is just another layer of security so to speak.

The process of actually restoring your data and getting it onto another piece of equipment should be smooth and efficient, nobody wants to be waiting around while their data they needed yesterday takes its sweet time to make the transfer.

Not only that, but the backups that really stand out from the crowd are ones that automatically execute processes, things like providing the original organization of the files (or even the ability to open up the files without having to run the backup program itself).

If you have dissimilar software then you should be able to make rather important use of that as well (the ability to keep your programs and files on a completely destroyed computer is an important feature).

If a backup software is going above its common limits and making regular copies of your data files than this is definitely something you could benefit from. When your backup software is a lot more flexible than others on the market it keeps you in a better frame of mind (simply because you don’t have to worry about losing your data all of the time, not that you really need to in the first place).

The ability to schedule automatic processes like data backups and data transferring should be there, as is this would save you time as well as effort in the long run. This gives you the ability to back up whatever file you’d like at whatever time you’d like, which is pretty convenient.

If you’re a business owner make sure you’re looking at computer backup software that would allow system administrators the check up on it every now and then (thus being able to schedule backups and such themselves).

Support is crucial for any piece of technology these days, although everything is becoming newer and shinier it’s also becoming a lot more cost efficient (meaning people tend to skimp out on the manufacturing process financially). This isn’t exactly a problem with data backup software, but the ability to contact either the company itself or some sort of support line is just as important as anything else.

Most companies had guides and such available to you on their website, as well as things like FAQs (Frequently Asked Questions) and much, much more. Some of the larger companies are going to offer e-mail (as well as telephone) support to you, which is just another thing to look for.
It doesn’t matter how your computer bites the dust, the only thing that matters is the fact that you’ve still got your files.

This is why backup data software is so important, people lose important documents and things along the lines of that on a daily basis, and this software merely saves you from yourself in a sense. 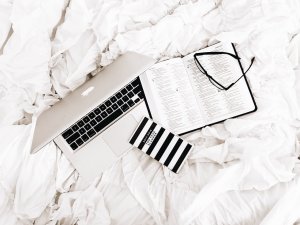 Data Backup Trends 2023 – What Should You Look At 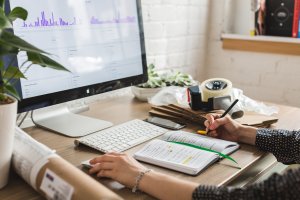 Data Restore vs Backups: Is There Any Difference? 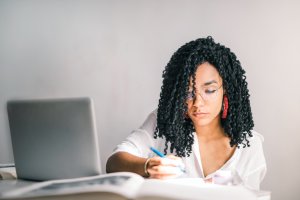 Cloud Backup Strategy for Enterprises: What Should You Know